Wow, what a ride this has been! Since premiering CALL GIRL in March we have screened at 13 film festivals/screening series and we have 13 more coming up. 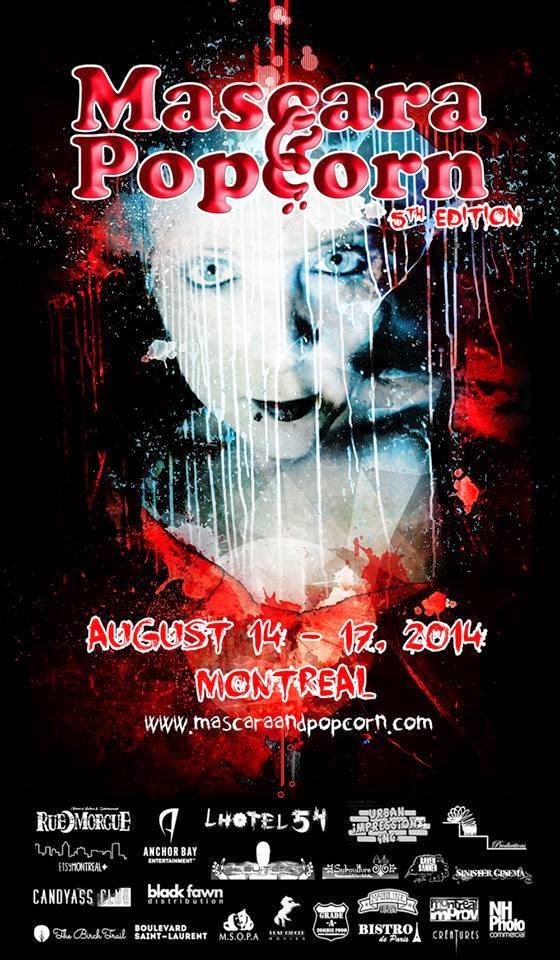 Actress Tristan Risk, my muse, resides in Vancouver and I believe we can attribute that to our overwhelming Canadian support. We premiered in Hamilton, Ontario at Fright Night Theater and then played the Calgary Horror Con,

Today, I embark on a serious tour with the film-

August 14-17th:
I'm headed to Montreal for the Mascara & Popcorn Film Fest.  I am SO excited, I have never been to Canada!  It begins tonight with their "Black Carpet Event" and ends Sunday with an award ceremony + karaoke.  The film plays this Saturday evening in a block of shorts titled, "The Grindhole."

***I just found out some amazing news- CALL GiRL is nominated for "Most Weird & Wonderful", Best Special FX Makeup (Colleen May & Philip Spruell), Best Editor (Ryan Housknecht), and Best Director (that's ME)!!!!!!!!!!!!!!!!! This is our first time being nominated. I AM HONORED. WOW! Thank you Mascara & Popcorn! 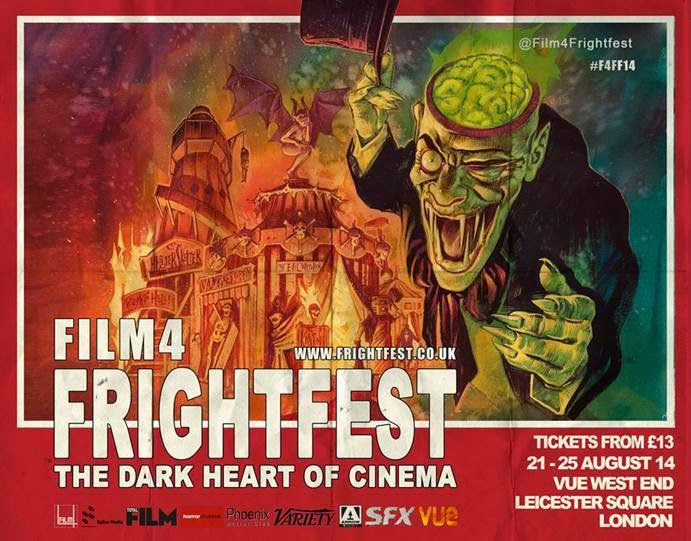 August 21-25th:
Immediately after Montreal- I'm going to London- where we at screening at my dream festival, Film4 FrightFest. This is where the big timers screen their films. I may explode from excitement. This year they have THE GUEST (Adam Wingard), GREEN INFERNO (Eli Roth), SIN CITY A DAME TO KILL FOR (Robert Rodriguez), LATE PHASES (Adrian Garcia Bogliano) and on and on!!

MY FILM IS SCREENING WITH ELI ROTH'S FILM. I never dreamed I would say that. I've been a huge fan of his work since high school.


CG screens Saturday the 23rd at 12:45 PM in Discovery Screen 2 in a block of shorts including SHE by Chelsey Burdon and Mark Vessey- two people I'm very excited to meet! 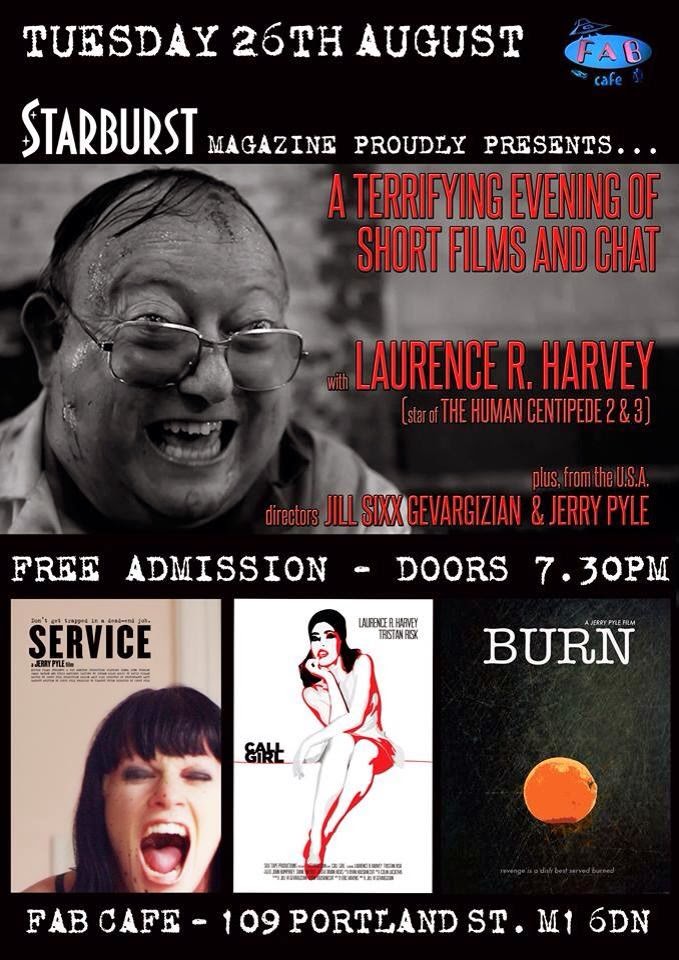 Tuesday, August 26th:
Since I will already be in the UK,  Jerry Pyle and I are going take a train to Manchester and screen our films at Fab Cafe, presented by Starburst Magazine. The charming Laurence R Harvey will be meeting us there. They will be showing both of Jerry's films, SERVICE and BURN.

Thursday, August 28th:
Next, I hop over to Ireland to screen the film at the Cellar Door in Limerick at an event put together by Spade Lion Productions and hosted by Emerald Gore Society. Also showing is the directorial debut from Paddy Murphy, ENSNARED.


Saturday, August 30th:
If you can believe this, next is the Just About Movies Film Fest in Scotland! This event is held on the grounds of the Tullibole Castle! I don't think I can make this one. But I will try my damnedest. 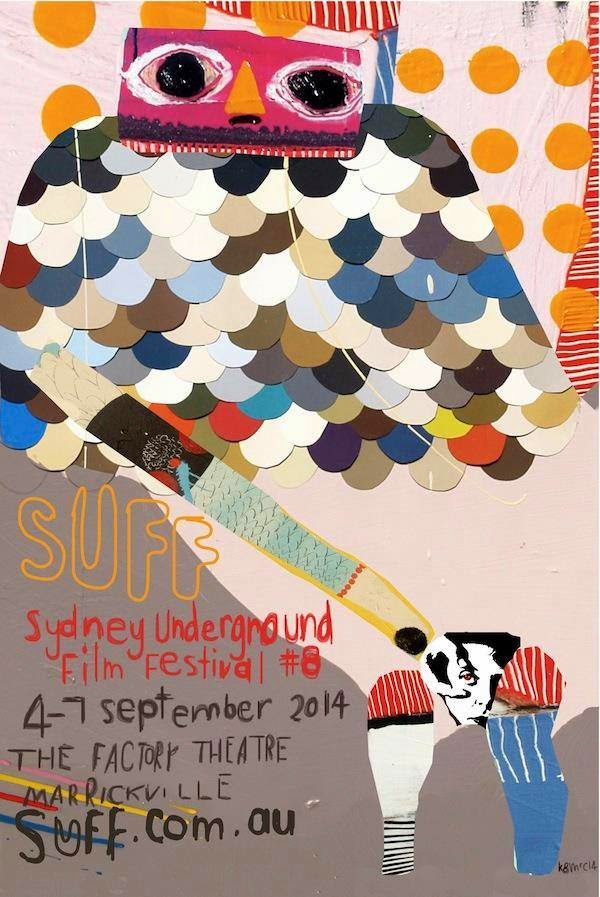 We have a lot to look forward to this fall.  I can't possibly manage to (or afford to) attend most of these, but that doesn't make me any less pumped to have CALL GIRL screening at them!

In September we premier in Australia at the Sydney Underground Film Fest (again with Eli Roth!) and make our way back up north to screen at the Montreal Comic Con.

October (so far) we have Filmstock Film Fest in Colorado, Scream in the Dark in Omaha, Fantom Fest in Scranton, PA, and the Malta Horror Fest.

And, I just got news that we have been selected to screen at the Twisted Tails Film Fest in Dallas in December.  Plus there's a few we can't yet announce and many we are anxiously waiting to hear from!