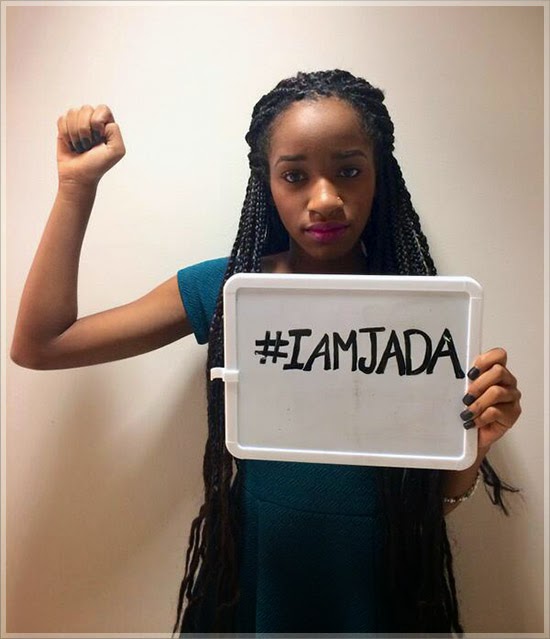 Jada is a hero.

Jada is an extremely brave 16 year-old girl who is speaking out about her sexual attack.  Photos and video from her attack were posted online and went viral.  People have gone as far as mocking her pose in these photos and reposting their own versions.  This is horrific.

Jada has taken control of her story by coming forward.  She posted this photo (left) before her interview on Ronan Farrow Daily yesterday.  When he asked her why she spoke out she said, “The pictures that were posted is not how I am or who I am.  So, I’d rather just show them how I actually am.”

I could not be more moved by her courage.


What she is doing now is so valuable.  Women have been shamed for their sexuality since the dawn of time and that has resulted in countless unreported rapes.  How can we change this??  HOW?

-Before recent years where it's become more “acceptable”- families would hide their daughters from society if they got pregnant. They would take them out of school and/or send them off to live with relatives in the middle of nowhere until the pregnancy was over.  They were so embarrassed.  Were the boys who impregnated these girls ever outcast?

-Slut-shaming, that doesn't exist for men. For instance, Tommy Lee of Mötley Crüe - he's known for having been with a lot of women.  Can you think of a female celebrity who has bragged about that and been praised for it?  I can't.  I believe they are called "whores", even by other women.

-A few months ago I happened to catch Bill O'Reilly ranting about Beyoncé’s “Partition” music video.  He was appalled!  He asked, how she could “glorify sex in a limo.. as a female role model?!”  How could SHE?  I found the whole thing to be extremely funny because she's one of  the strongest females out there to idolize in pop culture.  She speaks to feminism and independence in her music often.  She is a great role model.

The worst part?  What happened to Jada is not uncommon.

In order to press charges we need need victims to go to a hospital immediately after the assault, get a rape-kit examination, and report it to the police.  Too often then not, victims are scared and embarrassed.  Are you beginning to see the trap? 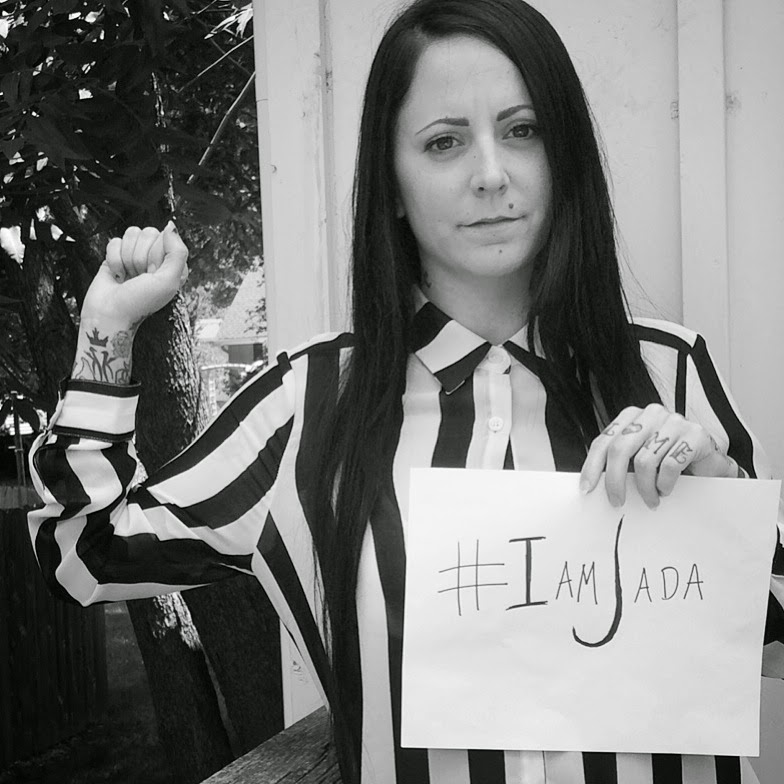 We need to change that.

Quanell X, the family's spokesperson, nailed it-
“We as a nation, as a whole, we have to begin to support victims and stand behind victims.  And encourage them to speak out.  Because this culture of silence goes back for decades...  We must create an environment that says to a victim- 'If you’ve been sexually assaulted- you can stand up, you can speak out, and those of us who love justice will stand with you and support you.'"

Post your photo in support of Jada today!  Don't forget to hashtag #IamJada and #JusticeForJada.