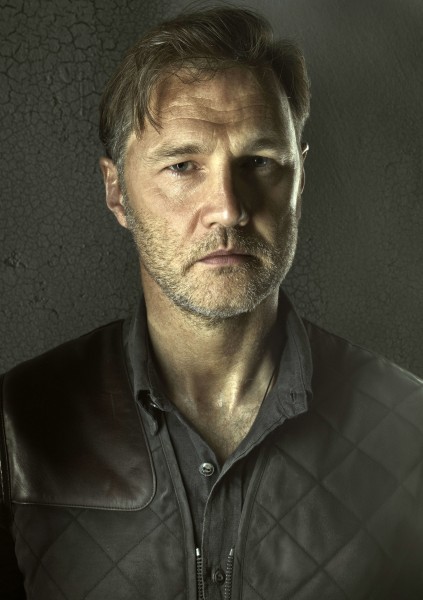 
Oh my, oh my!  What an episode!?  I don't know where to begin.  The mysterious person who broke into the prison in the opening sequence?   Lori is finally dead!  Awesome.   Best zombie kill goes to Glenn for the hatchet head chop.

The Governor, let's talk about him.  He is pretty transparent.  Was it supposed to surprise us at the end of the previous episode when he took out that entire crew of military?  It did not.   I do like the addition of this town and him.  Of course, Andrea has fallen for his shit.   That being said, I like him too.   I have fallen for his bad boy charm.


I'm not sold on Michonne.  She should be an amazing bad-ass character, but instead she is boring and annoying me.

For the last quarter of the show I was an emotional wreck.  I couldn't have imagined how the birth scene was going to play out and it was brutal.  Maggie just sliced her open and starts digging the baby out!  They show us everything, and all with the help of Carl.  The gore has not let up this season.  Carl decides it's his place to make sure his mom doesn't turn into a walker.  He has a flashback to a scene from the previous season where Rick says, “People are gonna die. I'm gonna die... Mom... There's no way you can ever be ready for it.”  'AINT THAT THE TRUTH.

Maggie and Carl reunite with the rest of the group and Rick sees the baby and no Lori.  They did a phenomenal job on that scene.   Every element was spot on: the cinematography, the acting.  I cried like a baby.  I'm afraid to see the next episode.  Where's Carol?

A friend pointed out that I didn't mention the loss of T-Dog.  I guess it's because I'm not ready.