Halloween fell on a Wednesday this year and I knew the majority of people would go out in costume on the Saturday prior.  So, I figured, I should have an extra SPECIAL screening but show a classic instead of a new indie film. What could be better than the original zombie movie, George A. Romero's Night of the Living Dead?! To keep with the theme, I also screened the short, Better Off Undead, a very low budget zombie gorefest by John Pata (Dead Weight).

Photos by Anna-Marie Perry from the party will be up soon on the Slaughter Facebook page!  The amazing flier was designed by Atomic Cotton. 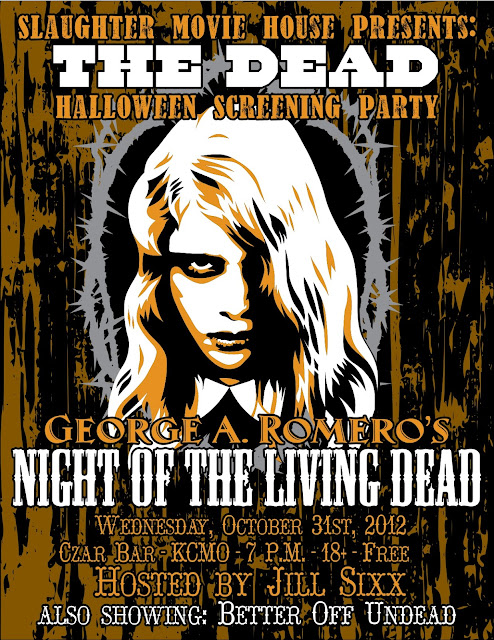