A few weeks ago we had writer/diretor Liam Regan in town from the UK for a screening of his film BANJO at Slaughter Movie House.  He is a HUGE fan of CHILD'S PLAY 3.  He tells me that he and Blade Braxton are going to Boonville, Missouri to check out the military school where CP3 was shot.  And I said, "What??  How did I not know this all my life?"

Yes, it is true.  Almost all of CHILD'S PLAY 3 was shot at the Kemper Military School in Boonville, Missouri.  Population 8,4000.  It's about 100 miles from Kansas City.  So we all meet up on a Sunday morning and head out on our adventure.  Elijah LaFollette, who designs our Slaughter Movie House flyers, joined us.  I drove.  Along the way we stopped at some creepy porn shops, gas stations, and Dairy Queen.   We listened to my cassette tape collection which includes Motley Crue's Shout at the Devil, The Lost Boys soundtrack and Skid Row.  We really wanted to make sure we gave Liam the true American experience.

Kemper Military School was founded in 1844 and closed in 2002.  Now most of the campus is abandoned.  I expected/hoped it would be in the middle of nowhere.  So that we could easily sneak in.  But it was smack dab in the middle of town with tall fences surrounding the main buildings. 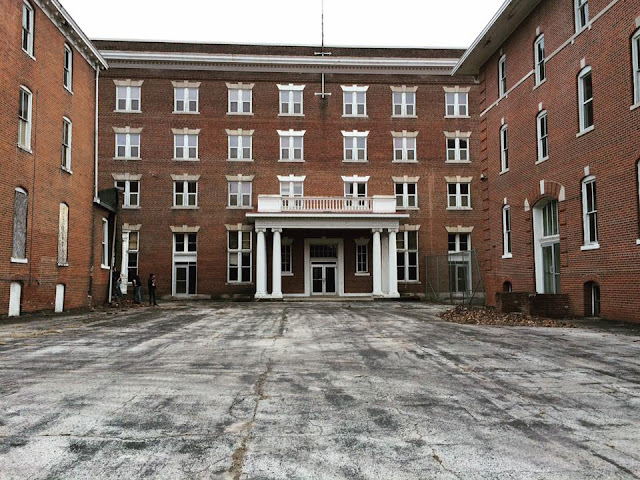 We circled the campus and parked around back.  It seemed like no one was around except for one dude and his metal detector.  The main building we recognized from the film had a fence that had clearly been pushed down over time, because (I'm assuming) a lot of people have broke in.  So I said, "Perfect!  We can get in there."

It's a surreal feeling to think about any history in a location- to me.  I love it.  This place is so old!  And it's completely falling apart.  We got inside the courtyard of these 3 main buildings and tried to reeact a scene from the film. 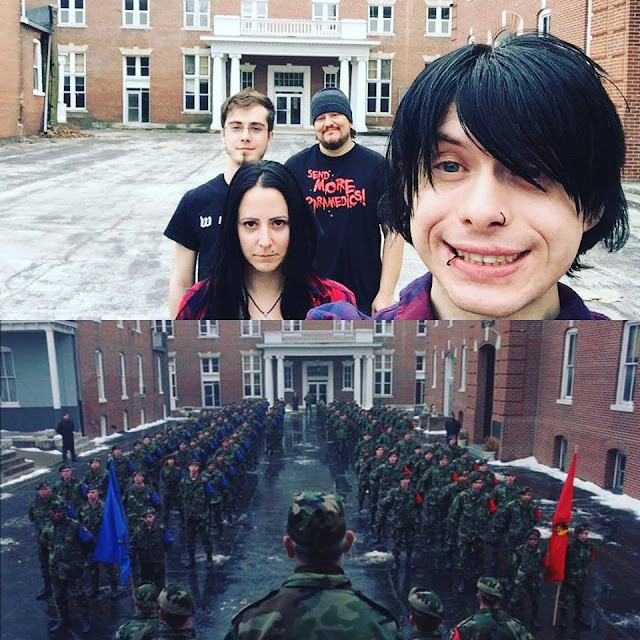 One of the buildings was wide open (no door) and we took that as an invitation.  It was pretty damn creepy.  It was super cold in there, much colder than outside.  The basement was pitch black, I said HELL NO and went back upstairs.  We checked out a few floors.  This was definitely the dormitory.  Lots of small rooms and large bathrooms.  I thought it would be a good idea to try the CANDYMAN game while in there....

This was not safe in the slightest.  There were giant holes in the floor and broken glass everywhere.l.  I was imagining trying to explain this to the cops after one of us fell through the floor.
While we were out there Don Mancini (writer of the entire Child's Play franchise) saw our posts on social media and shared a photo of himself from the Child's Play  3 shoot! 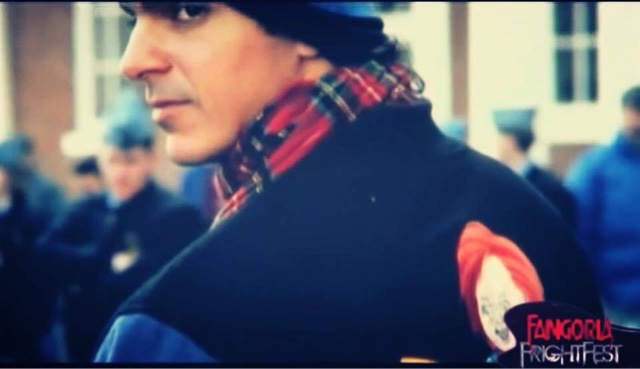 It's such a shame to see these beautiful historic buildings rotting away.  I would love to go back soon.  It was all too overwhelming to absorb.  I had an incredible day with these dudes. 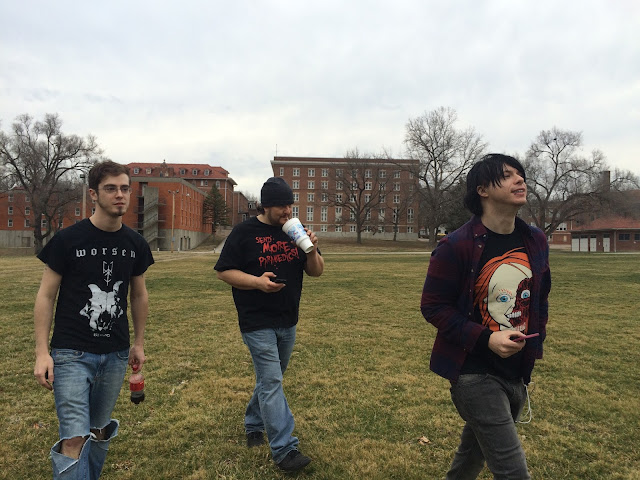