The Shining is pretty much everyone's favorite scary movie.  Why?  Because it is actually scary.  I think it is the scariest movie I've ever seen.  No matter how many times I watch it, Jack Nicholson shocks me.  It's a true classic, that rises above the horror genre.  Screenland Armour featured a Stanley Kubrick film every Monday, for the entire month of January.  So, honestly, I lucked into the honor of hosting this! 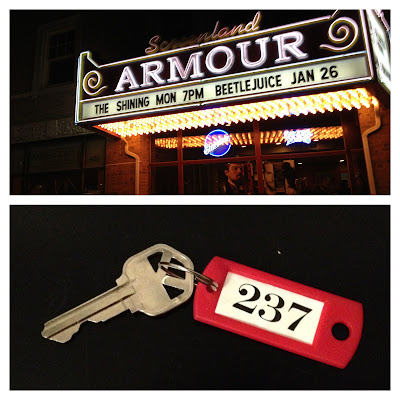 At the last few Slaughter events I noticed one of the regular attendees, Gary Cooper, had gone above and beyond to help out.  For our December screenings, he made the 'Christmas Body Bag'!  Yes, it was a real body bag.  He put a blow up doll inside and the wrapped it with Christmas lights.  It was the perfect photo-op.  I asked him what ideas he had to make The Shining a more interactive experience.  Gary made a door prop, that looked as if Jack had just busted through with his ax and yelled, "Here's Johnny!"  We also gave away a prize pack that included a copy of the film on DVD, Stephen King's book and a few other indie horror shorts.  We put the lucky room key 237 under a random seat and whoever sat there, was our winner!

Check out the photos HERE. 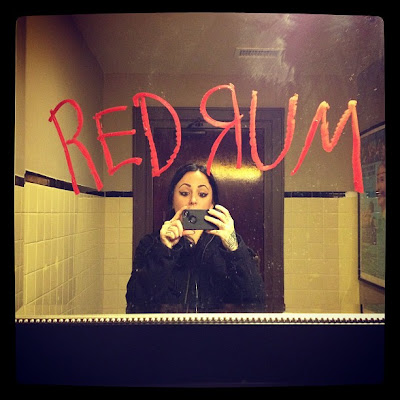